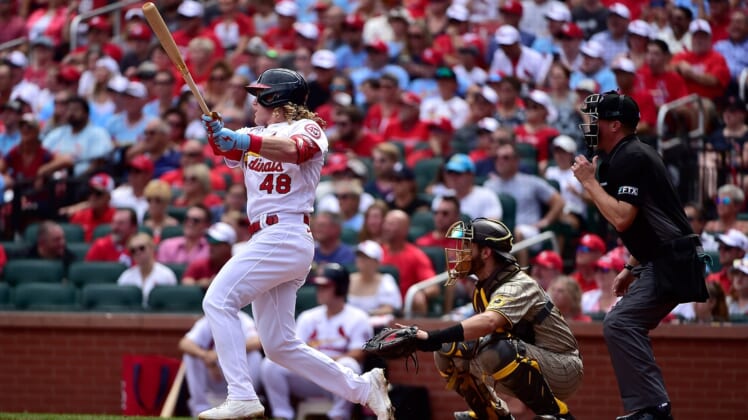 Tyler O’Neill scored three runs and drove in another for the Cardinals (79-69), who extended their winning streak to eight games.

Tommy Pham drove in three runs for Padres (76-73), who have lost eight of their last 10 to fall 3 1/2 games behind the Cardinals for the second National League wild card spot.

Padres starter Jake Arrieta (5-14) retired just one of the six batters he faced before departing with a groin muscle strain. He allowed five runs (four earned) on three hits and a walk.

The Cardinals took a 5-0 lead in the first inning. Tommy Edman led off with a double, Paul Goldschmidt hit a single, and O’Neill walked to load the bases.

Bader greeted reliever Craig Stammen with a two-run double to make it 5-0.

The Padres got one run back in the third inning on Tatis’ RBI single.

The Cardinals pushed their lead to 7-3 in the fifth inning. Goldschmidt lined a double, O’Neill hit an RBI single, Arenado reached on an infield single, and Sosa dropped an RBI double into right field.

Pham’s solo homer in the sixth cut the lead to 7-4, but the Cardinals made it 8-4 in the seventh with Carlson’s RBI single.