WATCH: Someone made a Zion Williamson ‘One Shining Moment’ video 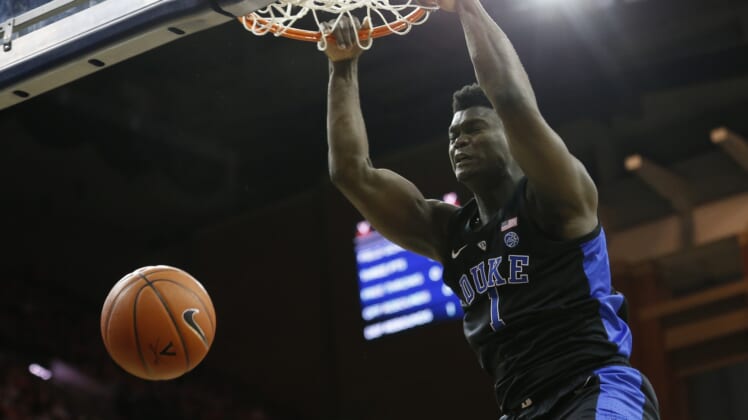 Yet the player who enraptured the nation throughout the tourney was, of course, none other than Duke’s Zion Williamson.

As such, one person put together a “One Shining Moment” video that features nothing but Zion Williamson highlights. And let me tell you, it’s magnificent.

On offense, he’s a left-handed dunking machine who can also score from anywhere on the court. On defense, he’s an incredible rim protector who also has a high basketball IQ and uses it to get into passing lanes for steals and deflections.

Next up for the talented young star is a trip to the NBA, where we fully expect him to continue dominating for years to come.