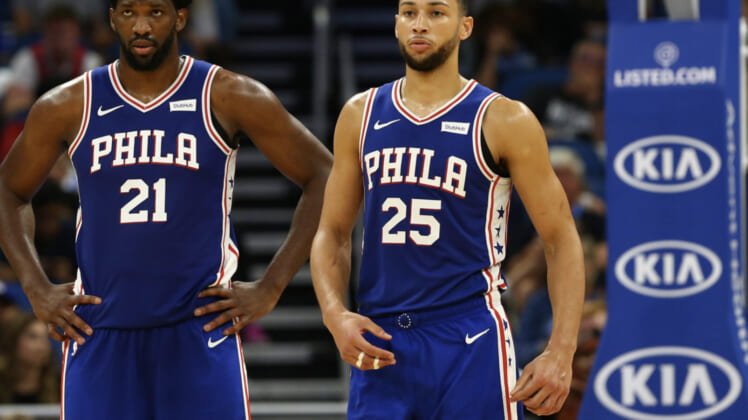 Philadelphia 76ers star Ben Simmons is known much more for finishing at the rim than being a perimeter scorer.

Despite working on his outside shot during the summer, that remains the case during the early part of the 2019-20 season.

Just ask the lowly Cleveland Cavaliers, who were on the receiving end of a filthy transition dunk from Simmons Tuesday night.

It started with an absolutely great pass from upstart Sixers guard Furkan Korkmaz and culminated in Simmons rocking the Wells Fargo Center in Philly.

Simmons’ athleticism seemed to be in mid-season form right there. Very few NBA players can show those types of hops while speeding down the court in transition.

Listed as questionable heading into the game with a shoulder injury, it appears that Simmons is just fine. Cleveland would prefer the alternative.