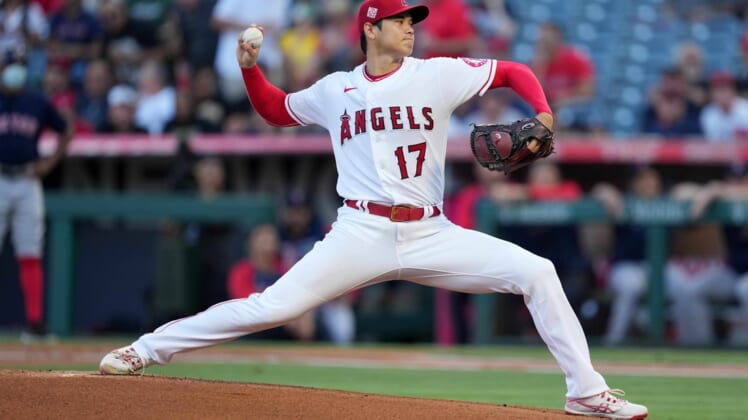 Ohtani (4-1) gave up two runs on five hits while making 89 pitches, striking out four and walking none. At the plate, he went 1-for-4 with an RBI double.

Fletcher had two doubles and two singles, drove in a run and scored while extending his career-best hitting streak. During the 20 games, Fletcher is hitting .413 (33-for-80). The Angels’ record is 28 in a row, set by Garret Anderson in 1998.

Angels catcher Max Stassi also had a big day at the plate, coming a triple shy of the cycle. He had a two-run homer in the first inning, a double in the third and a single in the sixth.

Angels reliever Mike Mayers pitched a scoreless eighth inning, and Raisel Iglesias pitched the ninth for his 17th save, though he gave up a solo homer to Hunter Renfroe.

The Red Sox took a 1-0 lead against Ohtani and the Angels in the first inning when Enrique Hernandez led off with a double, went to third on a groundout and scored on J.D. Martinez’s sacrifice fly.

The Angels responded against Red Sox starter Nathan Eovaldi with three runs in the bottom of the first, for a 3-1 lead. Fletcher led off with a double and scored on Ohtani’s double. 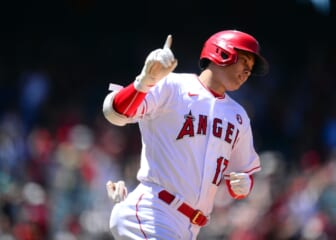 Eovaldi (9-5) struck out both Jared Walsh and Phil Gosselin for the first two outs of the inning, but Stassi worked the count full before hitting a two-run homer.

Both Ohtani and Eovaldi settled in from there, neither giving up another run until the sixth. Martinez had a two-out RBI single in the top of the sixth off Ohtani, cutting the Angels’ lead to 3-2.

But the Red Sox missed a chance to go ahead when Angels center fielder Juan Lagares robbed Xander Bogaerts of a two-run homer, reaching above the yellow line in right-center to make the catch.

The Angels knocked Eovaldi out of the game in the bottom of the sixth, scoring two runs to go up 5-2. Gosselin led off with a double, went to third on a single by Stassi and scored on Jose Iglesias’ groundout.

Later in the inning, Fletcher’s infield single with the bases loaded drove home another run.