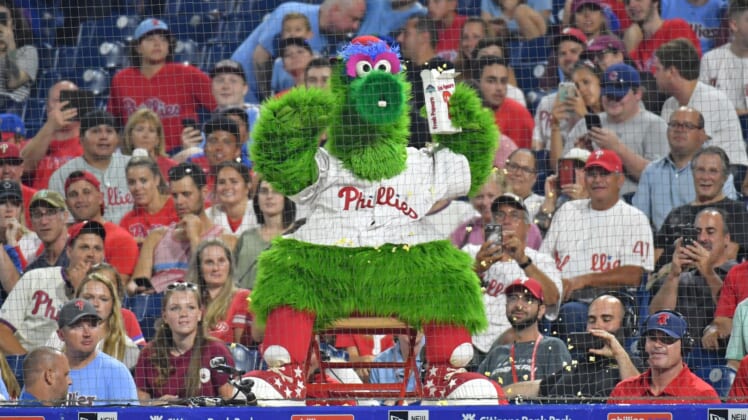 Just a few days after a Philadelphia Eagles fan stole the show on Thursday Night Football with his belly tattoo of the Phillie Phanatic, he returned to Philadelphia on Sunday and got into an epic dance-off with the Phanatic.

It’s not quite clear who won the competition, though the fan might have had his fellow fans on his side. Though, it might have been harder for the Phillie Phanatic to concentrate and dance after seeing a tattoo of himself on someone’s belly button.