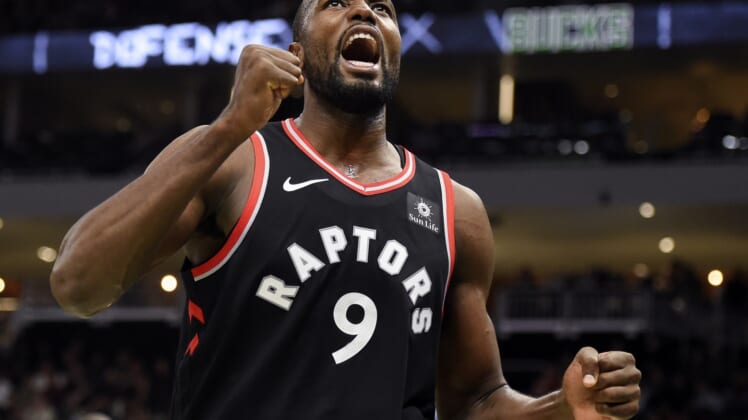 The Cleveland Cavaliers were surprisingly having their way at home Monday night against the Toronto Raptors.

They found themselves with a double-digit lead late in the third quarter as Toronto attempted to go the length of the court for a bucket. That’s when Raptors big man Serge Ibaka and newly-acquired Cavaliers forward Marquese Chriss got tangled up.

What followed was a massive fight between the two parties — leading to multiples punches being thrown and ejections.

Ibaka not only threw punches at Chriss, he put the young forward in a chokehold prior to seeing Chriss respond with punches of his own.

Both players were ejected. Though, we can certainly expect suspensions to be handed down. At the very, least Ibaka might have to skip a game or two.