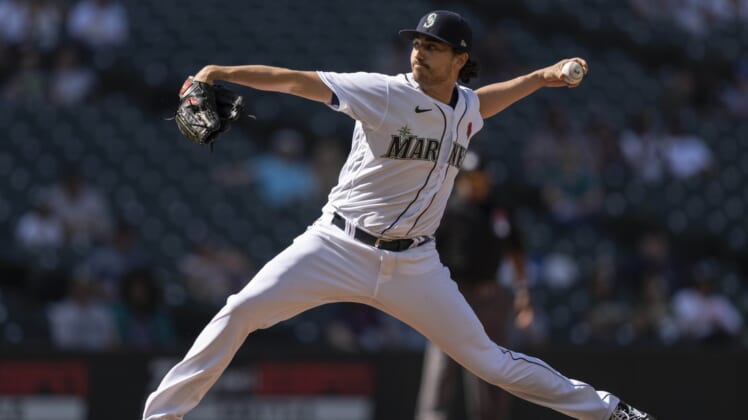 Tom Murphy’s sacrifice fly with the bases loaded in the bottom of the 10th inning brought home the winning run as the Seattle Mariners defeated the visiting Oakland Athletics 6-5 Monday afternoon.

Donovan Walton hit his first major league home run for the Mariners, who won their fifth straight game and their seventh in the past eight. The A’s lost their third in a row.

Oakland took a 5-4 lead in the top of the 10th as Aramis Garcia singled with two outs, bringing home Matt Olson — who had started the inning as the runner at second base.

The Mariners bounced back in the bottom of the inning against right-hander Lou Trivino (2-2). With one out, Ty France grounded a sharp single into left field, scoring Jack Mayfield from second. J.P. Crawford hit a hard one-hopper down the first-base line that eluded Olson for a two-base error. Jake Fraley was intentionally walked to load the bases and Murphy lined a sacrifice fly to deep right to end it.

Left-hander Daniel Zamora (2-0) got the victory in just his second appearance with the Mariners.

Oakland tied the score at 4-4 with two runs in the eighth. Mark Canha led off with a walk against left-hander Anthony Misiewicz and Olson singled to left, with Canha advancing to third on an error by Jarred Kelenic.

Misiewicz struck out the next two batters before right-hander JT Chargois came on to face Sean Murphy. Chargois balked to score Canha and Murphy brought home Olson with a double to center.

The A’s scored single runs in the third and fifth innings, both after leadoff doubles by Chad Pinder.