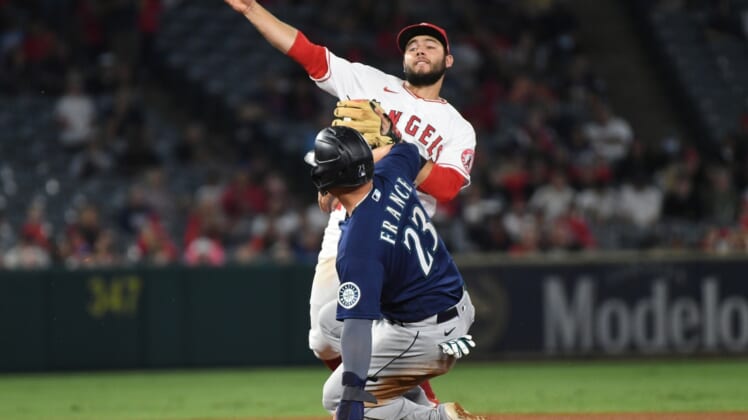 Paul Sewald got out of a bases-loaded jam in the ninth inning as the Seattle Mariners continued their postseason push with a 6-5 victory against the Los Angeles Angels on Friday night in Anaheim, Calif.

Ty France homered, had three RBIs and helped bring home the go-ahead run for the Mariners (85-69), who won their sixth consecutive game to pull into a tie with the Toronto Blue Jays, two games behind the New York Yankees for the American League’s second and final wild-card playoff berth.

The Angels (73-81) lost for the seventh time in their past eight games.

With one out in the bottom of the ninth, the Mariners intentionally walked Shohei Ohtani. Phil Gosselin followed with a double to right, putting runners at second and third. An intentional walk to Jared Walsh loaded the bases. Sewald struck out Jack Mayfield, then got Jose Rojas to ground out to first to end the game.

Right-hander Joe Smith (4-4) got the victory and Sewald earned his 11th save.

The Mariners broke a 4-all tie in the seventh. Jake Fraley was hit by a pitch from right-hander Jimmy Herget (2-2) and J.P. Crawford lined a single to center field, advancing to second when the Angels unsuccessfully tried to throw out Fraley at third. Righty Steve Cishek replaced Herget and got France to hit a grounder to shortstop Luis Rengifo, but his throw to the plate was wide and allowed Fraley to score. Mitch Haniger then hit a sacrifice fly to center to make it 6-4.

The Angels got a run back in the bottom of the inning off lefty Anthony Misiewicz as Brandon Marsh led off with a single and Ohtani walked. With two outs, Mayfield greeted right-hander Drew Steckenrider with a run-scoring single to center.

France hit a solo shot to center with one out in the first off Angels left-hander Jose Suarez and added a run-scoring single in the third as the Mariners took a 3-0 lead.

The Angels pulled within 3-2 in the fourth as Jose Rojas doubled with two outs and Max Stassi hit a two-run shot to left-center off right-hander Logan Gilbert.

Luis Torrens’ run-scoring single gave the Mariners a 4-2 lead in the top of the sixth before the Angels scored twice in the bottom of the inning to tie it. 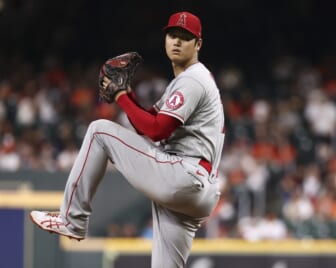