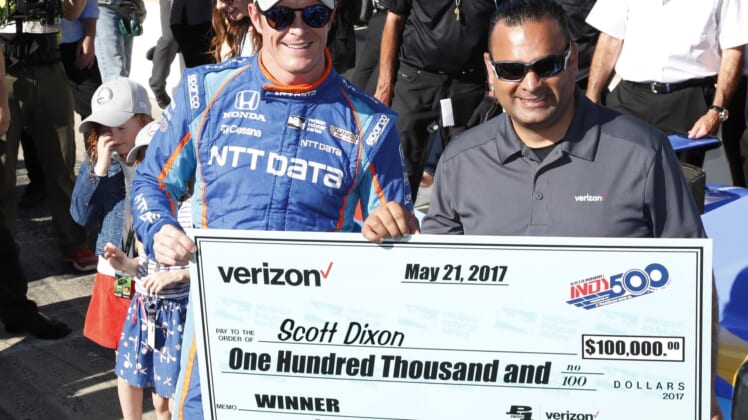 During the 101st running of the Indianapolis 500, pole-sitter Scott Dixon and Jay Howard crashed into one another, resulting in a scary scene early.

Dixon’s car went airborne during the frightening exchange, but thankfully (and remarkably) both drivers walked away from the crash unharmed.

Not surprisingly, this crash caused a red flag as crews cleaned up debris from both cars.

This incident followed what had been a clean first 100 miles, which was run in just 28 minutes, with rookie Fernando Alonso taking the early lead.