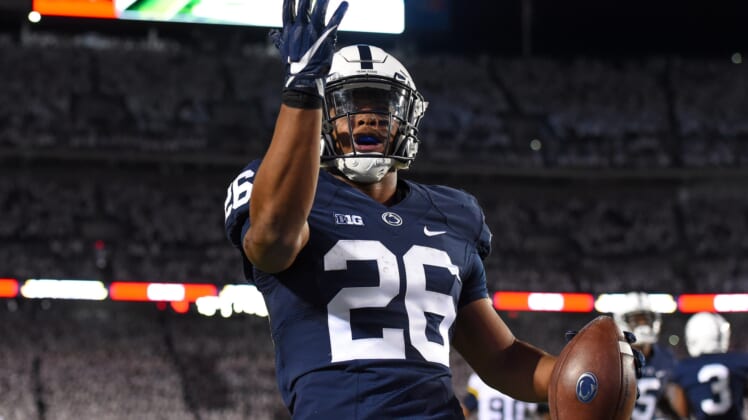 If there was anyone who doubted just how special Saquon Barkley is, he proved it once again in the second quarter of the Fiesta Bowl.

From the eight-yard line, backed up in their own end zone, the Penn State Nittany Lions handed the ball off to the junior running back, who then torched the entire Washington defense, showing off his speed and raw power on the untouched 92-yard scamper for six.

This was Barkley’s sixth carry of the game. He now has 115 yards and two touchdowns in the game. Plus another 12 yards on two carries. This score put the Nittany Lions up 28-7 over the Huskies, and at this point it might be time to just let the running back soak up the rest of the game from the bench.

What a terrific player; wondering if that touchdown is the last unpaid carry of his career. Such a short shelf life for running backs. #SaquonBarkley

Everyone is just going gaga for this kid, who’s going to be elite at the next level.

It might be time to change the narrative about @bigten football teams being big and slow. We've seen all kinds of explosive athletes shining on big stages the past 24 hours.. ??????

Saquon Barkley is something else.

Saquon Barkley, WE ARE NOT WORTHY

Saquon Barkley better knock this off, or he's going to end up in Cleveland next year.