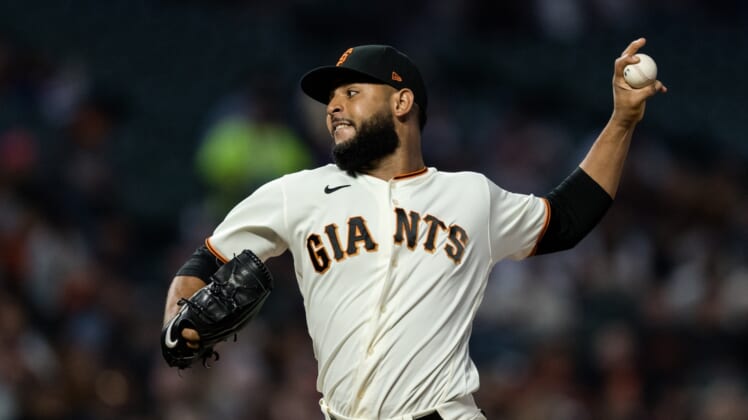 The San Francisco Giants clinched their first postseason berth since 2016 on Monday night, using a five-run first inning against Yu Darvish as a springboard to a 9-1 victory over the visiting San Diego Padres.

Tommy La Stella led off the bottom of the first with a home run and Evan Longoria added a three-run shot five batters later, helping the Giants (94-50) earn their eighth consecutive win. San Francisco clinched no worse than a National League wild-card berth into the playoffs.

The winningest team in the majors, the Giants became the first to assure themselves of a spot in the postseason.

A fourth consecutive loss formally eliminated the Padres (74-69) from the NL West title race, which now becomes a two-team duel between the Giants and second-place Los Angeles Dodgers.

San Diego also fell out of playoff position and now trails Cincinnati by a half-game in the battle for the NL’s second wild-card spot.

Making his third start, Leone threw two shutout innings, allowing one hit. Littell (3-0), who retired all five batters he faced in the fourth and fifth innings, was credited with the win.

The Padres’ only run came in the third on back-to-back doubles by Trent Grisham and Fernando Tatis Jr.

By that point, the Giants already enjoyed a five-run cushion, thanks to La Stella’s fifth homer of the season and Longoria’s 12th. In between, LaMonte Wade Jr. drove in a run with a triple.

Mike Yastrzemski added a solo shot, his 23rd, and Brandon Belt a two-run blast, his 24th, in a three-run fourth that blew the game wideopen.

Darvish (8-10) was pulled after the fourth, charged with eight runs on six hits. He walked three and struck out three.

Longoria completed a four-RBI night with a run-scoring single in the eighth to put a wrap on the game’s scoring.

Longoria finished with two hits and Wade scored twice for the Giants, who improved their record against the Padres this season to 6-4 with nine meetings remaining.