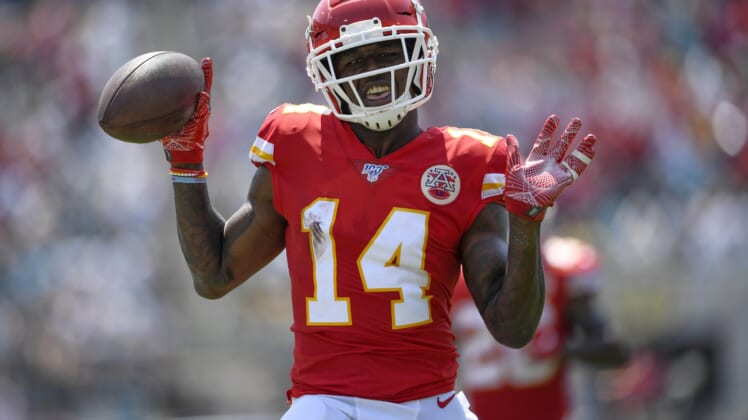 Sammy Watkins and Stephon Gilmore got into a fight during the fourth quarter of Sunday’s pivotal AFC battle between the Kansas City Chiefs and New England Patriots.

The two former teammates got into it on the sideline, where a huge pile of bodies collected around them.

Watkins drove Gilmore into the sideline on a run block, then took a swipe at Gilmore afterward.

Incredibly, neither player was flagged on this play. Likely, Watkins will be getting a letter in the mail from the NFL home office with a little fine attached to it.