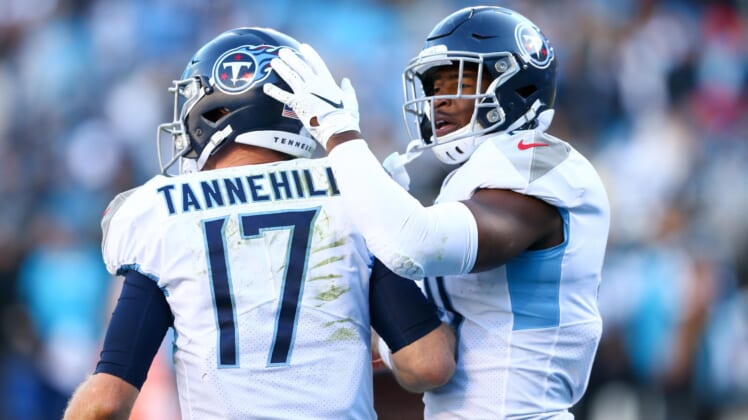 The Kansas City Chiefs botched a field goal late in the fourth quarter, and Tennessee Titans quarterback Ryan Tannehill made them pay.

A bad snap led to a turnover as the Chiefs were attempting to go up by eight points with a field goal from Tennessee’s 29-yard line.

Then, Tannehill conjured the drive of his life, going 61 yards in four plays and capping off the drive with a 23-yard touchdown pass to Adam Humphries.

Tannehill then converted the two-point conversion to give the Titans a three-point lead, and the Chiefs were unable to respond with a score of their own. After driving downfield with seconds left, the Titans blocked Harrison Butker’s potential game-tying field goal.