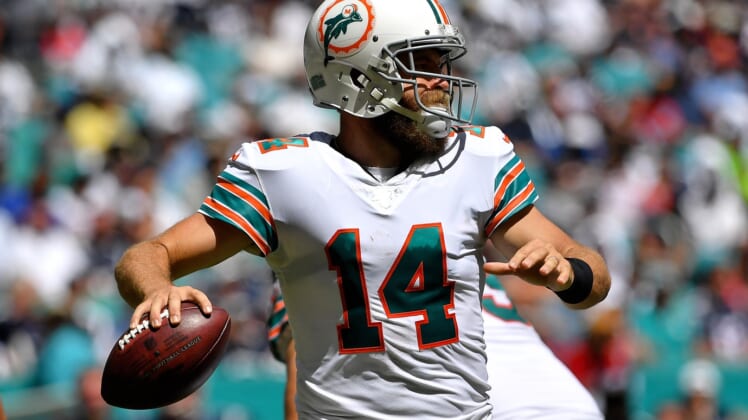 Coming off the best game of the season and delivering a win for the Miami Dolphins, quarterback Ryan Fitzpatrick brought the magic out with his legs this week against the Indianapolis Colts.

Indianapolis brought pressure against Fitzpatrick on third down and the veteran made them pay for it. He slipped out of a sack then scrambled his way up the field before diving in for the 11-yard touchdown run.

Miami’s first win of the season seemed to do wonders for the team. The offense is clicking with Fitzpatrick playing well, now flashing some nice athleticism, and the Dolphins now lead the Colts on Sunday.

A team that no one expected to win a game this year now has some momentum and it’s courtesy of some Fitzmagic.