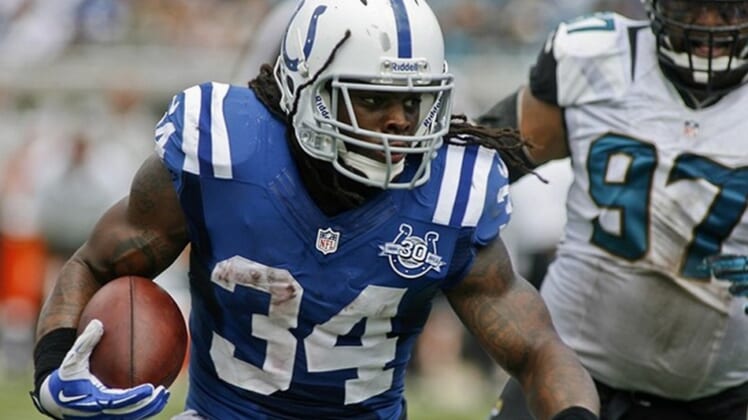 Courtesy of USA Today Sports: Richardson has been nothing less than an absolute bust in the NFL.

Does former 2012 first-round draft pick, running back Trent Richardson deserve the title of the worst running back of all time?

Richardson’s release by the Oakland Raiders on Tuesday during the team’s first round of cuts sparked a strong reaction from former NFL safety Ryan Clark.

In an interview on ESPN’s First Take, Clark didn’t hold his tongue when asked what his reaction is to Richardson’s release (h/t Nola.com):

“I have no reaction, because this should’ve happened a long time ago,” Clark said. “Trent Richardson is the worst running back of all time — all time. There’s a freshman that goes to University High in Baton Rouge, La., named Michael Hollins that I would take on my team right now in the NFL before I got Trent Richardson.”

Being called the worst ever is never a term to be proud of. However, this photo of Richardson running into oncoming traffic versus a hole the size of a bus, was probably the last straw for him.

Richardson has struggled immensely since his star rookie season from 2012 that seems like about 50 years ago. After averaging a paltry 2.8 yards per carry during his preseason tryout with the Raiders, it would be shocking to see any team taking interest in him from this point on.

Clark preferring a high school freshman running back’s skills to those of Richardson is about as low as it gets.