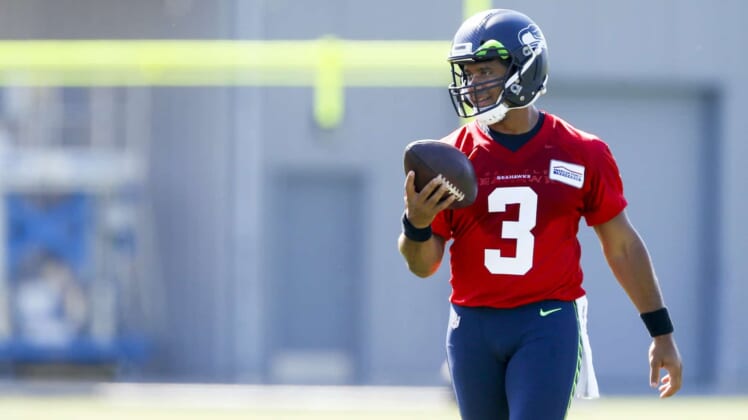 Seattle Seahawks quarterback Russell Wilson wants everyone to know that MVP Patrick Mahomes isn’t the only one who can pull off a no-look pass.

Mahomes wowed everyone last year with many of his exploits, including a few ridiculous no-look passes that had social media buzzing.

On Tuesday as Wilson and the Seahawks worked out, he shouted out Mahomes before letting him know he wasn’t the first to do it. Then, he fired a no-look dart.

Fun stuff. However, it’s one thing to do it in practice, and quite another to do it during games. When Wilson matches Mahomes in that manner, we’ll be impressed.