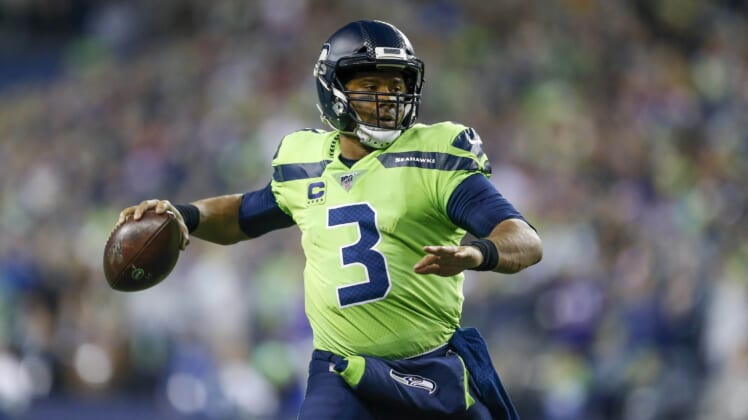 Seattle Seahawks quarterback Russell Wilson is known for his jaw-dropping elusiveness and pinpoint accuracy. The star quarterback isn’t resting on his laurels, though. He shared a video of a crazy passing drill he works on to hone both of those aspects.

Check out this video. Using a soccer goal as his obstacle, Wilson practices footwork and throws darts right over the top of the goal.

At least in the examples he shared in this video, he was absolutely on point. Every ball hit his receiver right in the hands. What he’s doing here in this drill isn’t abnormal, though. This is the type of stuff we see on a regular basis from the Seahawks star.

He’s clearly one of the best in the game today. While some of his abilities come naturally, he clearly works his butt off to maximize them.