WATCH: Russell Martin turns back the clock with walk-off for Dodgers 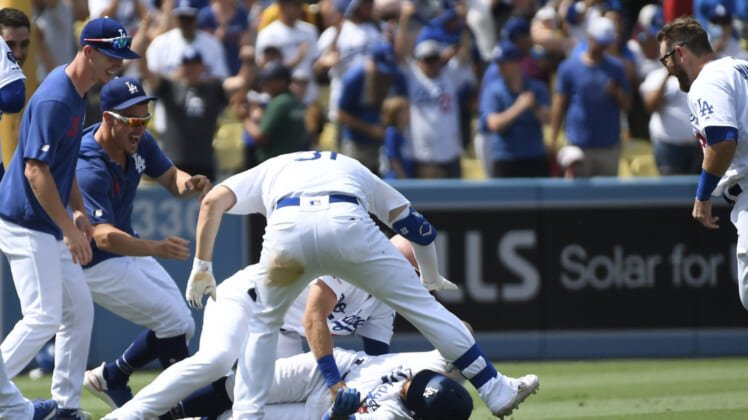 The Los Angeles Dodgers are partying like it’s 2008. And they have veteran catcher Russell Martin to thank for it.

Down 1-0 in the bottom of the ninth against the St. Louis Cardinals Wednesday afternoon, Martin took to the plate with two outs and two runners in scoring position.

The four-time All-Star responded by taking a Carlos Martinez pitch up the middle for a two-run walk-off single to give the Dodgers a 2-1 victory.

This is simply some crazy stuff. Martin, 36, last suited up for his original Los Angeles Dodgers team back in 2009. A decade later, and he’s getting walk-off hits at Dodger Stadium.

Think about that for a second.

By virtue of this win, Los Angeles moved to a ridiculous 77-40 on the season. It’s coming off a sweep of the St. Louis Cardinals and has won seven of the past eight games.