It appears that Hall of Fame Inductee Ron Wolf sits on the side of the fence with those who think Brady got what he deserved for his alleged role in the “Deflategate” scandal.

Watch Goodell’s reaction when Wolf says “way to go on that Brady thing” as he shakes the Commissioner’s hand. 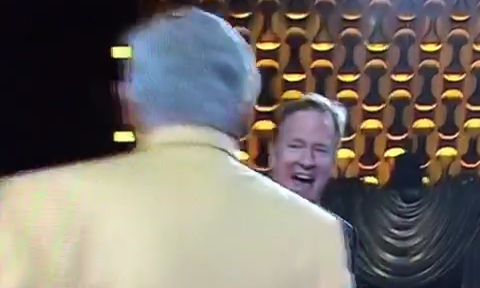 Goodell apparently found Wolf’s comment hilarious by the look on his face. And, while it would appear Wolf agrees with Goodell, perhaps he is actually being sarcastic about the whole matter.

We’ll leave that thought out there to ponder. And, congratulations to Wolf, a four-time Pro-Bowler and former Green Bay Packers general manager on his induction.