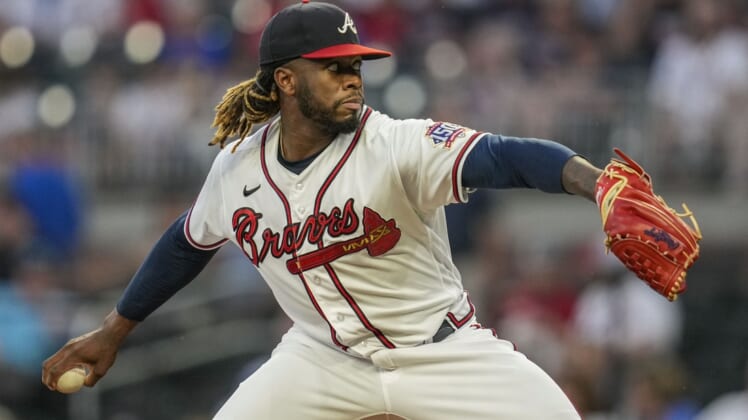 Colorado hit a pair of home runs in support of Jon Gray’s strong start to help the visiting Rockies defeat the Atlanta Braves 5-4 on Tuesday.

The Rockies got home runs from Trevor Story, who now has four career longballs at Truist Park, and Brendan Rodgers, whose last seven homers have come on the road.

Gray (8-10) worked five innings and allowed two runs on five hits, two walks and seven strikeouts. Gray had lost four straight decisions over his last six starts, during which he received seven total runs of support while still in the game. It was his first victory since July 30.

The Rockies (67-78) have won five of their last six road games after starting the season 17-50 away from home. The Braves (76-67) retained their 4 1/2 lead in the National League East over Philadelphia Phillies, who lost to the Chicago Cubs.

Colorado closer Carlos Estevez allowed two base runners in the ninth, but retired Jorge Soler on a fly ball to end the scoreless inning and earn his eighth save.

The Braves scored a run in the first inning. Soler doubled with one out to extend his hitting streak to 11 games and Freddie Freeman drove him in with a single to center.

Colorado took the lead with a pair of runs in the second. Story hit his 22nd home run and Garrett Hampson later produced an RBI single for a 2-1 lead.

The Braves tied the game 2-2 with a run in the fourth on back-to-back doubles from Travis d’Arnaud and Dansby Swanson.

Rodgers gave the Rockies a 4-2 lead with a two-run homer in the fifth. The line drive homer to left, Rodgers’ 12th, also knocked out Toussaint.

Colorado tacked on another run in the sixth on a sacrifice fly from former Brave Rio Ruiz.

Atlanta’s Adam Duvall hit his 35th homer, a two-run shot off Jhoulys Chacin, in the eighth. It was his 13th homer since returning to the Braves at the trade deadline. The blast gave Duvall an NL-leading 101 RBIs.