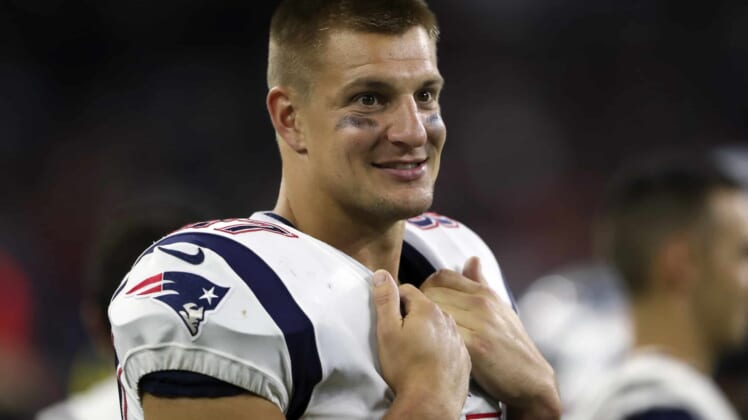 Rob Gronkowski has struggled for much of Monday night’s game against the Buffalo Bills. But in the third quarter, the New England Patriots tight end made an absolutely unbelievable catch.

Tom Brady threw a ball in Gronk’s direction. While Gronk was being blanketed by Phillip Gaines, Gronkowski reached over his man, got his hand on the ball, and hauled it in after bobbling it.

Gronk’s feet were very close to being out of bounds, but the catch was upheld.

It helped set Stephen Gostkowski up for a 25-yard field goal, which capped off the drive.