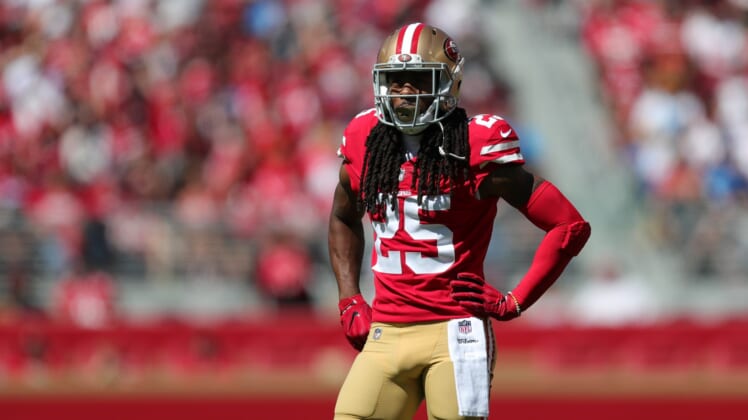 Tampa Bay Buccaneers quarterback Jameis Winston made a poor throw in the third quarter against the San Francisco 49ers Sunday. Richard Sherman made him pay.

Winston was targeting running back Peyton Barber but was way off the mark. Sherman hauled in the errant pass and ran it in for an easy score.

San Francisco went into the second half down by a point. But a touchdown pass to Richie James Jr. put them ahead on the board, and this pick-six gave them a two-score lead.