WATCH: Richard Sherman reunites with former teammates at his wedding 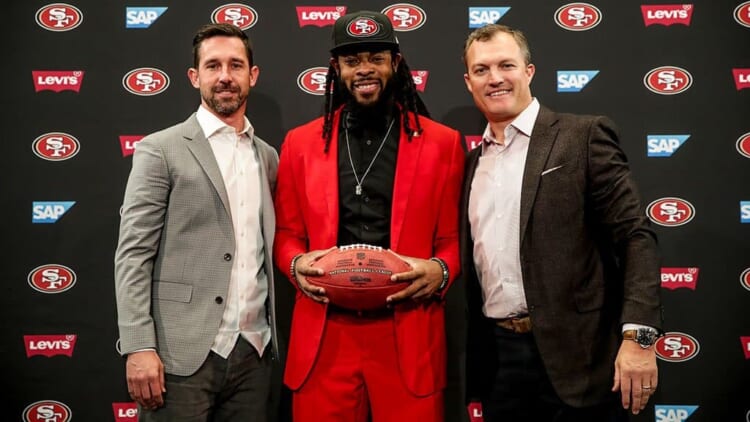 Proving there is no bad blood between he and his former Seattle Seahawks teammates, Sherman had Earl Thomas, Brandon Browner, Byron Maxwell, Kam Chancellor, Chris Avril and Bobby Wagner on hand for the wedding, per TMZ Sports.

Per the report, the wedding took place on a beach in the Dominican Republic. A reception followed at Punta Cana’s Hard Rock Hotel and Casino. Video footage shows Sherman and Ashley dancing with one of their young children as well as sharing a private dance.

Talk about a new year and new adventures for Sherman. He is now a member of a former NFC West rivals and a newly married man.

We wish him all the success as he starts the next chapter of his NFL career suiting up for the red and gold.