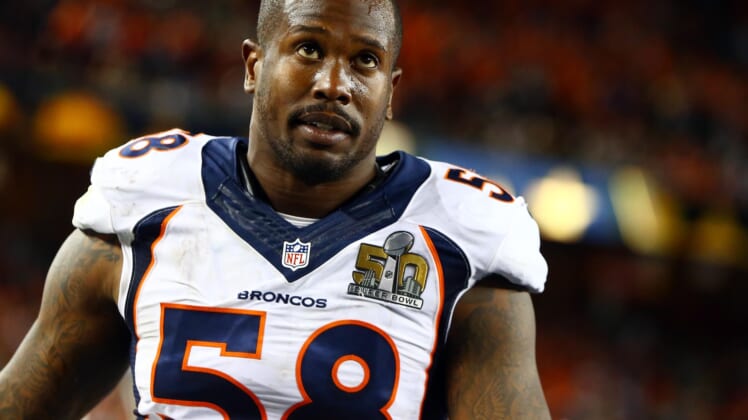 Von Miller and his Denver Broncos were frustrated in Western New York throughout Sunday afternoon. With his team down by a touchdown late in the fourth quarter, Miller’s frustrations apparently got the best of him.

Or, at least, that’s how the officials in Buffalo viewed it. After putting pressure on Bills quarterback Tyrod Taylor and taking him to the ground, Miller was called for a personal foul penalty.

Why? Because, he mockingly joked about helping Taylor up from the turf.

They called Von for personal foul for THIS???? pic.twitter.com/kNZ7GI9iZ7

How in the world is that a penalty? Surely, the no fun league just struck big time here. The official ruling was an unsportsmanlike conduct penalty on Miller.

This set Buffalo up at the Broncos’ 31-yard line and led to a field goal that put the game pretty much out of reach.