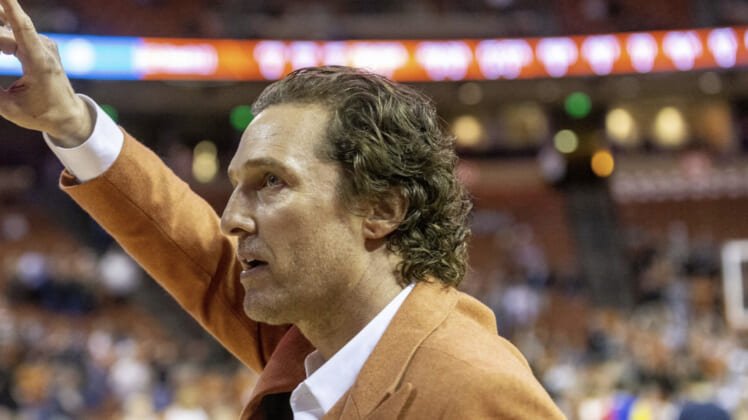 It seems that Matthew McConaughey of Dazed and Confused and We Are Marshall fame has at least one big time fan in the nation’s capital.

The well-known actor was hanging out with the Redskins’ brass, owner Daniel Snyder, ahead of the team’s preseason finale Thursday night against the Baltimore Ravens.

Once he exited the field, one woman could be heard absolutely losing her mind. It’s a mixture of a high-pitch stream and something you’d hear from one of the low-budget early 90s films that jumpstarted McConaughey‘s career.

We’re honestly not even sure what to make of this. If it weren’t for the heartthrob leaving the field, one might have decided to call the authorities.

It might be the most action we’re going to get on the field during the 16-game preseason slate on Thursday.

Needless to say, Mr. McConaughey is adored by fans of all sexes. The University of Texas grad also took on a new job as a professor at his old college.

Life couldn’t be going any better.