WATCH: Reds’ VanMeter crushes home run out of the stadium with epic blast 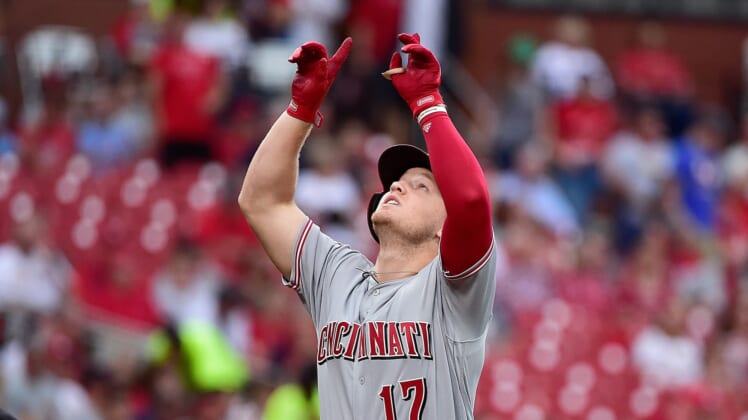 During Tuesday’s spring game against the Chicago Cubs, VanMeter took Tyler Chatwood’s pitch and sent it towering over the wall and out of Goodyear Ballpark in a matter of seconds.

We’ve seen some incredible blasts this season, including this moonshot by Cubs star Willson Contreras. But VanMeter’s solo blast in the third inning seemingly left the atmosphere before finally landing outside the stadium. Let’s hope he gets some more opportunities this season, because we want to see him crush a few baseballs out of the hitter-friendly Great American Ball Park.