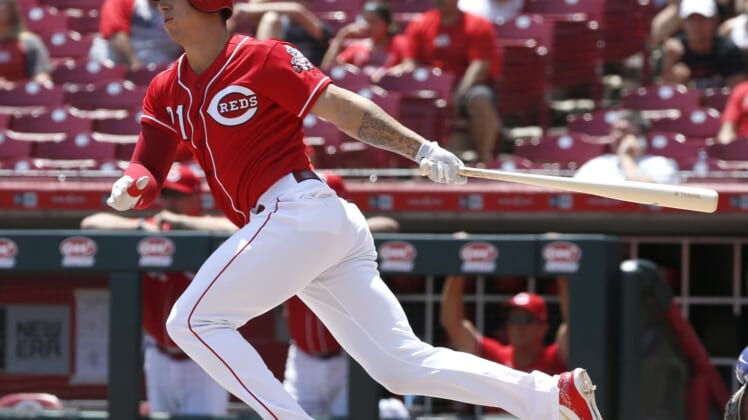 Something is in the water in Cincinnati. After Cincinnati Reds starting pitcher Anthony DeSclafani launched a grand slam on Saturday, relief pitcher Michael Lorenzen put showed own power on Sunday.

Cincinnati trailed 5-0 in the bottom of the fifth inning against the Chicago Cubs. Reds manager Jim Riggleman pulled starting pitcher Sal Romano and put Lorenzen in.

For Riggleman, the move was primarily to save his bench and allow Lorenzen to come in and pitch multiple innings. On the third pitch of the at-bat, Lorenzen delivered far more than his manager could have hoped for.

The slot shot was the third of the 26-year-old’s career and his first home run this season. After the home run, the right-handed pitcher now has a .500 batting average on the season.