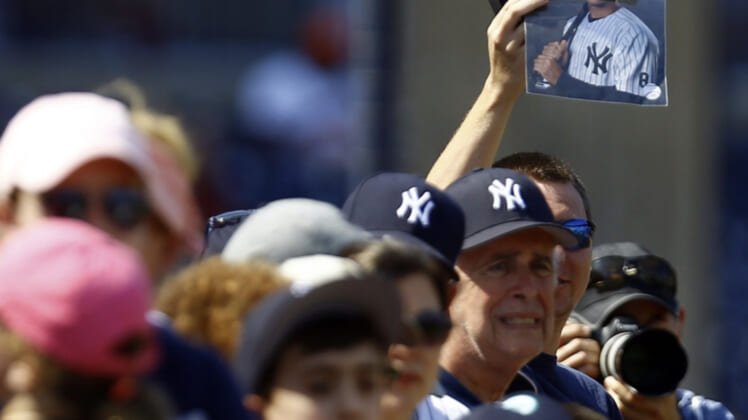 A Grapefruit League game between the New York Yankees and Boston Red Sox gave us a nice moment between a Yankees fan and a younger Red Sox counterpart.

After grabbing a foul ball, an adult fan looked around and found a much younger fan to give the ball to. The fact that the two were on opposite ends of the bitter rivalry made no difference.

This is a good job by both fans. The fist bump at the end was a perfect icing on the cake.