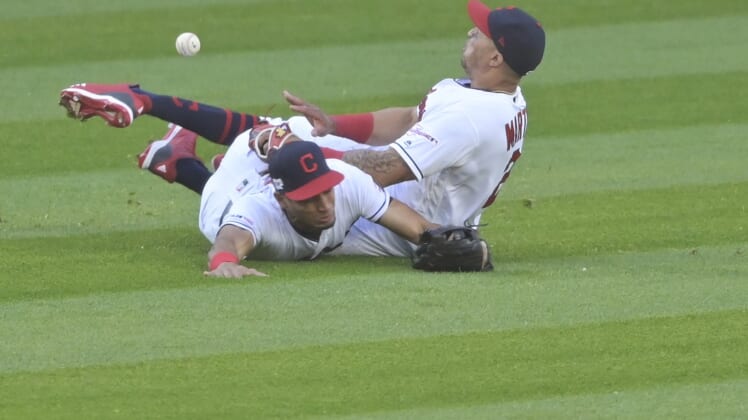 In a season that has seen both teams go in very different directions, Tampa Bay Rays outfielder Kevin Kiermaier’s inside-the-park home run on Thursday captured the 2019 seasons of the Rays and Cleveland Indians.

In the sixth inning with a 3-0 lead, Kiermaier sent a fly ball deep into left-center field that sent Indians outfielders Oscar Mercado and Leonys Martin headed right towards each other. The ball dropped between their sliding attempts and bounced away as both players violently collided then rolled on the field in pain.

Kiermaier sprinted around the bases and rounded home for the three-run, while Cleveland’s concern turned immediately towards their two outfielders.

After rounding the bases, Kiermaier’s concern immediately turned to the outfielders as the cameras caught the concerned expression as he looked back at the outfield.

Fortunately, both players remained in the game after the play and made at-bats in the bottom of the inning. However, Mercado was later replaced with a pinch-runner and likely will have his injury status updated after the game.

The 24-year-old outfielder is one of Cleveland’s most promising players and his injury continues a trend of impact players going down due to various injuries.