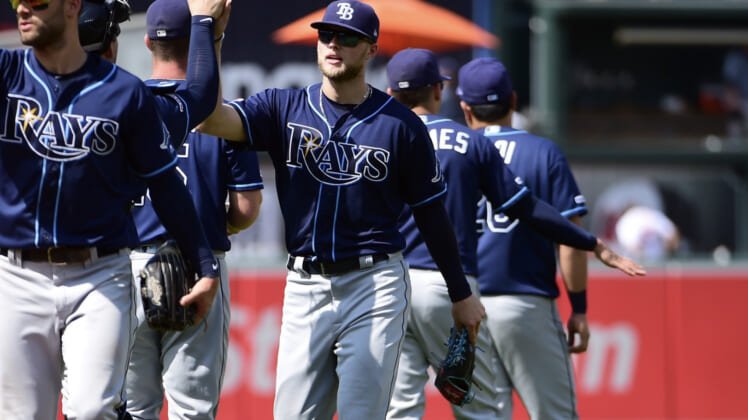 One of the primary reasons the Tampa Bay Rays are contending for a playoff spot is the trade of Chris Archer to the Pittsburgh Pirates last year.

Just ask Chicago White Sox outfielder Leury Garcia how good Meadows is. Garcia thought he had dropped in a hit during Saturday’s game.

Meadows had different ideas and put up one of the best diving catches you’ll ever see.

That really is some next-level stuff from Mr. Meadows right there. Meadows came completely out of nowhere to make that play. In fact, it sure looked like second baseman Joey Wendle had a better chance at it.

Meadows, 24, entered Saturday’s action hitting a robust .289 to go with 15 homers and 49 RBI on the season. He’s also apparently a magician in the outfield.