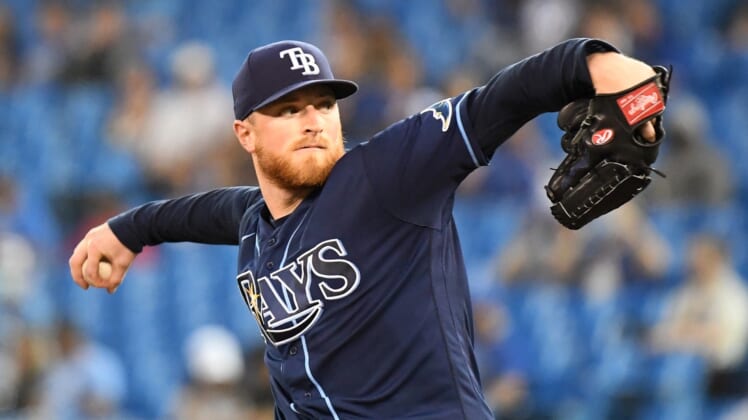 Five pitchers combined for the Rays to hold the Blue Jays to three hits. It was only the third time this season that the Blue Jays have been shutout.

The teams split the first two games of a three-game series, which wraps up Thursday.

The Blue Jays (81-64) entered Tuesday having won 15 of their previous 17 games, including the series opener on Monday night, 8-1.

The Rays (90-55) won for the second time in the past six games. They lead the season series with the Blue Jays, 9-6, and held a nine-game lead in the American League East as of the final out Tuesday.

Tampa Bay right-hander Drew Rasmussen (3-1) allowed no runs, two hits and one walk, striking out three in five innings. Andrew Kittredge pitched a perfect ninth to earn his seventh save.

Choi led off the second inning with his 10th home run of the season, a drive to right center on a 2-0 pitch. He also led off the fourth with a double but was stranded at third.

George Springer led off the bottom of the fourth with a double and Marcus Semien followed with a walk. Rasmussen retired the next three batters.

Tampa Bay’s Pete Fairbanks pitched around a single in the sixth and JT Chargois tossed a perfect seventh with a strikeout.

Tim Mayza replaced Berrios in the eighth inning and allowed Lowe’s 34th home run of the season with one out, a blast to right on the first pitch.

Nelson Cruz added a two-out single before Mayza finished the inning with a strikeout.

Toronto sent just six total batters to the plate in the eighth and ninth.