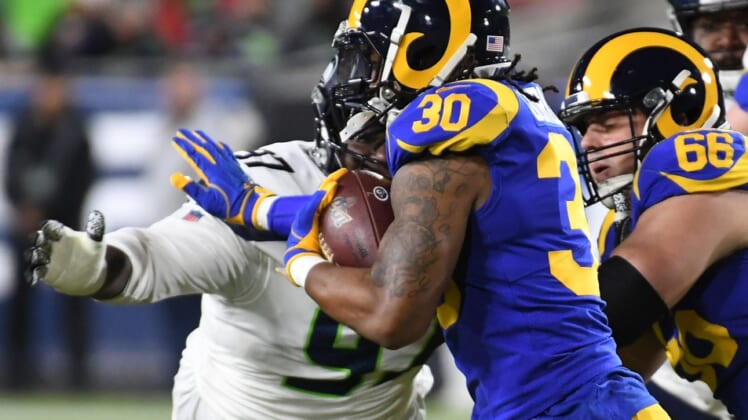 The Los Angeles Rams bullied their division rivals on “Sunday Night Football,” handing the Seattle Seahawks just their third loss of the season.

As physical as they come at the running back position, Todd Gurley treated Seahawks defensive back Tre Flowers like roadkill en route to scoring a fourth quarter touchdown.

Flowers’ helmet legit bounced off the turf like it was rubber. That’s just all sorts of disrespectful from Mr. Gurley right there.

At 8-5 on the season, Los Angeles will need more of this if it plans on catching either Minnesota or Seattle for a wildcard spot in the NFC. That’s for sure.