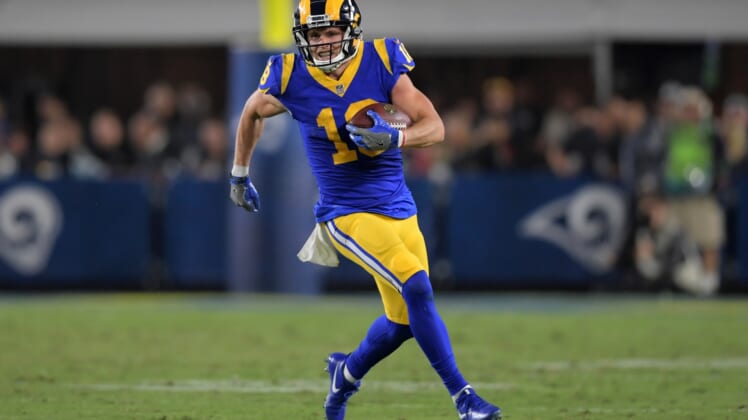 The Los Angeles Rams found themselves in a dogfight against the winless Cincinnati Bengals in London on Sunday.

Tied at 10 in the second quarter, stud receiver Cooper Kupp did a thing to change that. Check out this brilliant 65-yard touchdown catch from Kupp on a rarely called triple reverse.

This is certainly Sean McVay’s way of making a point to his former pupil, Bengals first-year head coach Zac Taylor.

It also has Kupp in the midst of an absolutely absurd game. He has put up five receptions for 165 yards and a score on five targets in less than two full quarters.