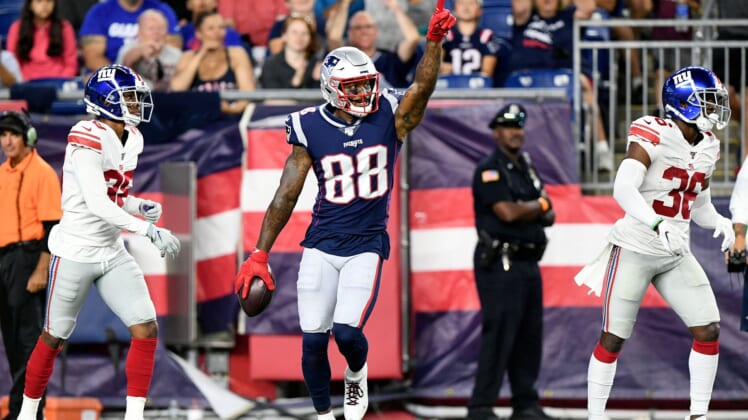 If what we saw from Josh Gordon and Demaryius Thomas Thursday night is any indication for the regular season, opposing AFC East defenses are already having nightmares.

Gordon already put up one heck of a catch and run in his preseason debut for the Patriots against the New York Giants.

Later in the first half, it was Demaryius Thomas’ time to shine in his Patriots debut. Check out this 35-yard touchdown catch from rookie quarterback Jarrett Stidham.

Clearly on the roster bubble after signing a one-year contract with New England in the offseason, Thomas caught six of his first seven targets for 84 yards and a score in the first half alone.

Not bad for a dude that’s months removed from suffering a torn Achilles.