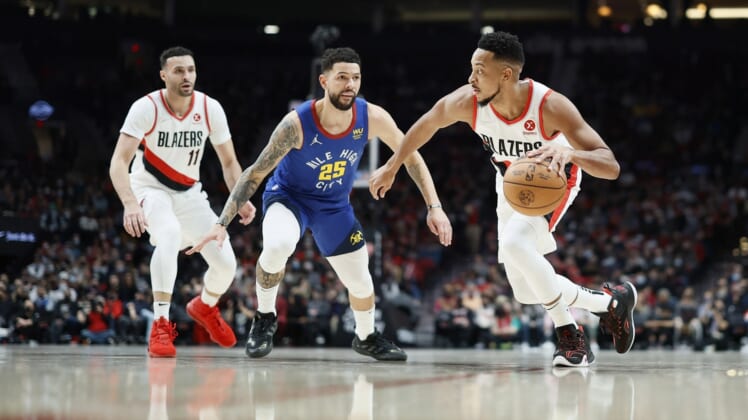 Will Barton registered 11 points, eight rebounds and seven assists and Aaron Gordon tallied 11 points for the Nuggets, who shot 48.7 percent from the field and made 15 of 33 from 3-point range.

McCollum and Lillard each made five 3-pointers for Portland, which shot 51.1 percent from the field and was 15 of 39 from behind the arc. The Trail Blazers committed just nine turnovers while forcing Denver into 19.

Lillard has scored at least 20 points in eight straight games to emerge from an early-season slump.

McCollum scored 19 points, including a floater as time expired, and Lillard added 18 as Portland held a 66-52 lead at the break.

Lillard made four 3-pointers in the final 4:18 of the half, three coming during a 16-0 surge that gave the Trail Blazers a 15-point lead.

Portland held a double-digit lead for most of the third quarter. McCollum again made a buzzer beater at the end of the stanza as the Trail Blazers took a 90-79 advantage into the fourth quarter.