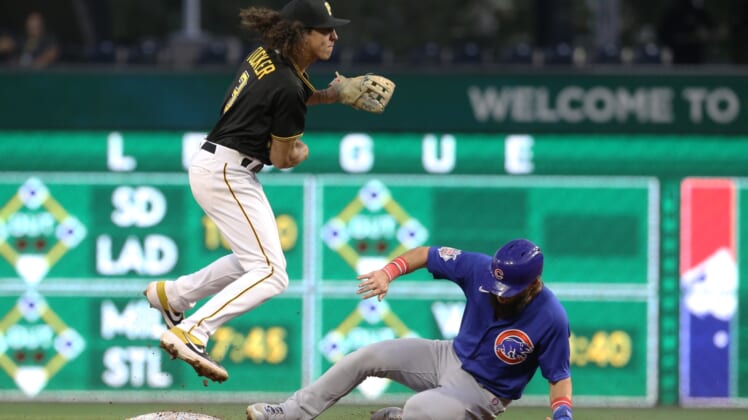 Colin Moran homered and drove in four runs to lift the host Pittsburgh Pirates to an 8-6 victory over the Chicago Cubs on Tuesday.

Pittsburgh’s Bryan Reynolds had three hits and three runs scored. Hoy Park ripped a two-run triple in the sixth inning and scored on Michael Chavis’ RBI single for the Pirates (59-98).

Nick Martini collected a career-high four hits and two RBIs for the Cubs (67-90), who have lost seven in a row. Matt Duffy also drove in a pair of runs in a losing effort.

Chicago scored three times in the third and fifth innings before Pittsburgh chased starter Alec Mills while erupting for four runs in the sixth. Mills gave up six runs on seven hits and two walks in five-plus innings.

Ben Gamel’s sacrifice fly off Adam Morgan (1-1) and Park’s two-run triple helped the Cubs forge a 6-6 tie. Park didn’t stay on third base for long as Chavis followed with an RBI single to right field.

The Pirates’ sixth-inning uprising made a winner of Enyel De Los Santos (2-1), who allowed one hit in one inning. Two relievers combined to strike out five batters before Chris Stratton retired the side in the ninth for his seventh save of the season.

Moran’s three-run homer in the first inning staked Pittsburgh to an early lead before Chicago drew even by scoring three runs in the third. Frank Schwindel singled to right field to plate Austin Romine before Duffy and Martini followed suit to level the contest.

The Cubs added three more runs in the fifth inning.

Rafael Ortega worked a walk against Mitch Keller to lead off the inning before advancing to third on Schwindel’s single. Ortega scored on Happ’s single to shallow right field, and Duffy’s double off the center field wall plated Schwindel to give Chicago a 5-3 lead. Martini’s sacrifice fly scored Happ to cap the inning.

Prior to the game, the Cubs announced outfielder Jason Heyward will miss the remainder of the season with concussion symptoms.