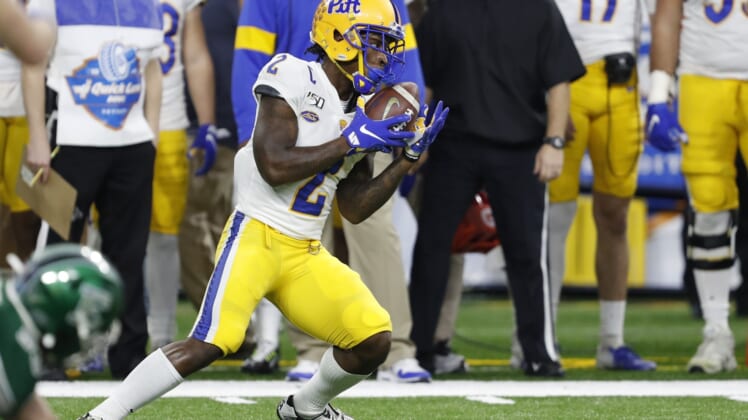 Pat Narduzzi and the Pittsburgh Panthers football program is coming off a ho-hum 7-5 regular season. It led to a matchup against Eastern Michigan in the Quick Lane Bowl Thursday night.

No one envisioned the Panthers making history. That’s until quarterback Kenny Pickett took a shot down the field on 1st-and-10 from his own four with Pittsburgh down 10-3 in the second quarter.

The end result was a 96-yard touchdown to Maurice Ffrench for the longest pass play in program history.

That’s some crazy stuff there. We’re talking about a program that boasted future Pro Football Hall of Famer Larry Fitzgerald and one of the greatest running backs of all time in that of Tony Dorsett.

Leave it to a 5-foot-11 senior with an oddly spelled last name to make program history. As for Ffrench, there’s a chance he might latch on at the next level. The kid caught 84 passes during the regular year and could be used as a weapon in the NFL.