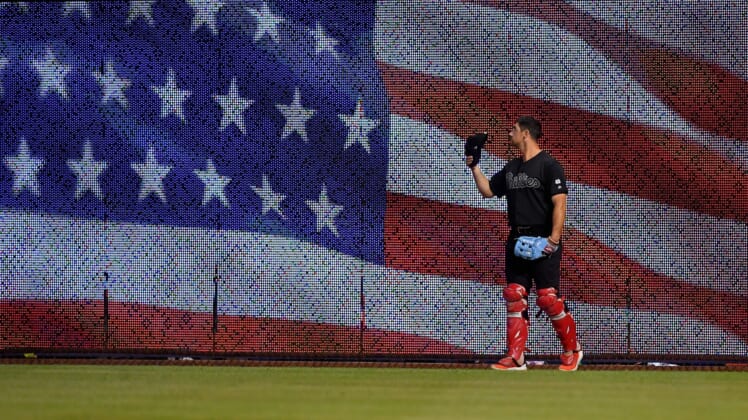 The Philadelphia Phillies paid homage to a man that could legitimately tell us the story of this nation through his own experiences.

Al Vallorani, an immigrant from Italy, was honored by the Phillies ahead of Monday’s game against the Pittsburgh Pirates.

The story itself is about the best thing we’ll see this week. Mr. Vallorani was on hand to change the bases at Citizens Bank Park. He got a resounding standing ovation from the fans.

The 98-year-old man joined the United States Military 20 years after immigrating from Italy. He helped fight against the very same country the true American hero immigrated from. That’s just some amazing stuff.

We absolutely love to see sports teams pay tribute to those who have helped this nation through some of the darkest times and best moments in our history.

Our hats are off to you, Mr. Vallorani.