WATCH: Philip Rivers throws one of the worst picks of the season 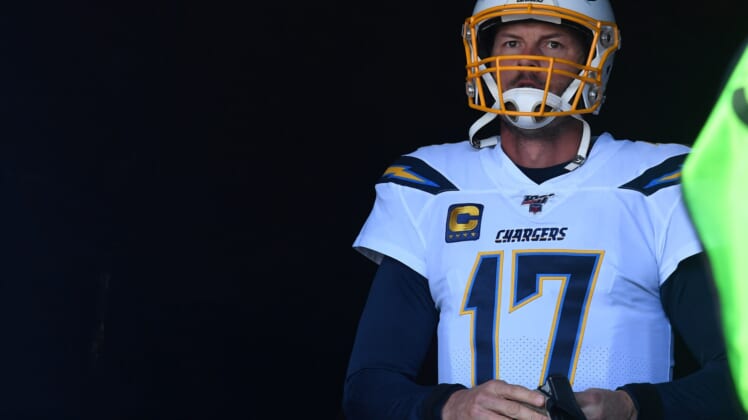 Things did not get off to a great start for Philip Rivers and his Los Angeles Chargers Thursday night against the Oakland Raiders.

Rivers nearly escaped multiple interceptions on the Chargers’ first drive, the initial one being wiped away by a questionable pass interference call.

That did not save Mr. Rivers from a game-opening mistake. Check out this absolutely atrocious pass Rivers threw in the general direction of No. 1 receiver Keenan Allen. It was overthrown by a good 10 yards and picked off by Raiders safety Erik Harris.

That might very well be the worst interception of the season. Given that Baker Mayfield exists, this is saying something.

Harris ultimately returned the ball to the Los Angeles’ 31-yard-line setting Oakland up with a field goal to take a 3-0 lead.