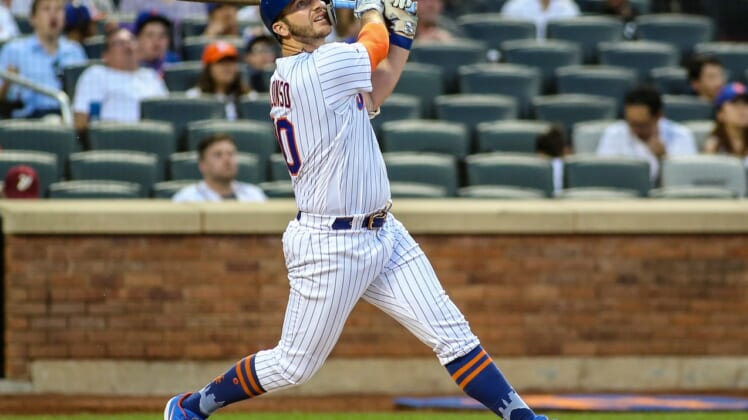 New York Mets star young slugger Pete Alonso got the day off Saturday against the San Francisco Giants. Or so we thought.

Struggling a tad since winning the Home Run Derby, Alonso more than made some noise in San Francisco.

He lifted a 444-foot pinch-hit homer off Giants reliever Derek Holland to plate three runs and give the Mets an 8-1 lead.

You simply don’t see baseballs go out of that area of Oracle Park. Alonso made it look rather easy. It’s something he continues to do throughout what has been a tremendous performance from the youngster.

The rookie has now hit 33 homers while driving in 75 runs. He’s on pace to shatter Aaron Judge’s rookie record for homers.