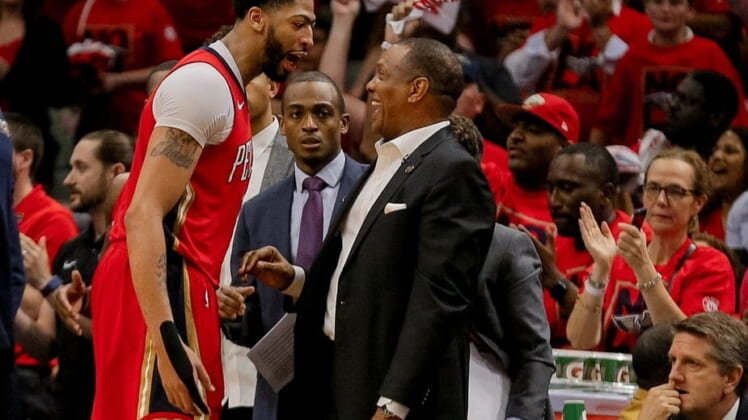 The New Orleans Pelicans are in the midst of a drama-filled week that started with star big man Anthony Davis publicly requesting a trade from the team.

Since then, the Pelicans have suggested that tampering could’ve played a role in Davis’ request. For his part, the All-Star center was fined $50,000 by the NBA for requesting a trade — by the way of agent Rich Paul.

Currently sidelined to injury, it remains highly unlikely that Davis will be dealt before next week’s trade deadline. In no way does this mean he will ever play for the Pelicans again.

Just ask NOLA head coach Alvin Gentry, who had this to say prior to Wednesday night’s game against the Denver Nuggets.

“That’s a hard thing to answer. I don’t really know how to answer that,” Gentry said when asked if Davis would ever suit up for the Pelicans again.

Davis himself has said that he’s willing to play out the remainder of the season. Even then, the drama that would come with him playing for a squad he’s clearly not all in for would be a major distraction.

New Orleans heads into Wednesday’s action with a 23-28 record and on the outside looking in out west. In addition to Davis, there’s a chance two other high-profile players will be dealt from the Pelicans over the next week.