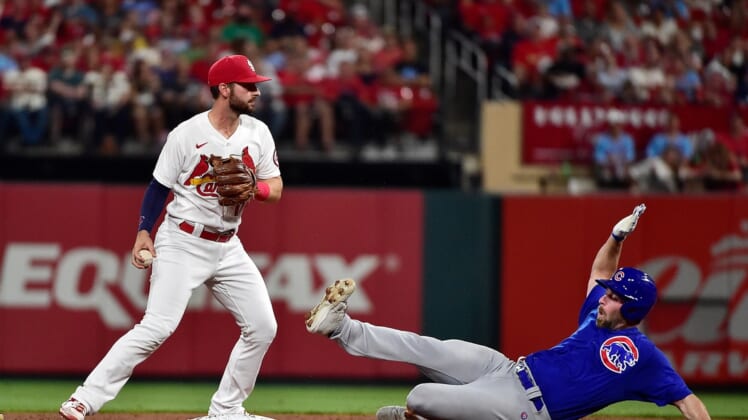 Paul Goldschmidt delivered the game-winning hit in the bottom of the ninth as the St. Louis Cardinals edged the visiting Chicago Cubs 4-3.

Tyler O’Neill produced two homers, a double and three runs scored for the Cardinals (90-70), who won for the 19th time in 20 games.

Trayce Thompson hit a three-run homer for the Cubs (69-91), who lost for the eighth time in their last 10 games.

The Cardinals struck first with O’Neill’s first-inning solo homer, then O’Neill launched his second homer in the fourth inning to put the Cardinals up 2-0.

Cardinals reliever Genesis Cabrera walked a batter, coaxed a double-play grounder, and then walked two more batters in the sixth inning. He exited the game after aggravating his chronic fingernail injury.

Thompson greeted reliever T.J. McFarland with a three-run homer to give the Cubs a 3-2 lead.

The Cardinals tied the game in their half of the inning. O’Neill hit a leadoff double and scored on Lars Nootbaar’s single.

Andrew Miller hit Matt Duffy with a pitch and walked Thompson in the eighth inning, but he escaped with two strikeouts to keep the game tied.

The Cardinals got two runners on base in the bottom of the inning, but Bader struck out to end the threat.

Willson Contreras led off the ninth inning with a double, but O’Neill threw him out trying to score on Rafael Ortega’s single to left field.

Andrew Knizner drew a one-out walk in the ninth inning and Edmundo Sosa followed with a single. They advanced on a groundout, then reliever Rowan Wick came on to allow Goldschmidt’s winning hit.