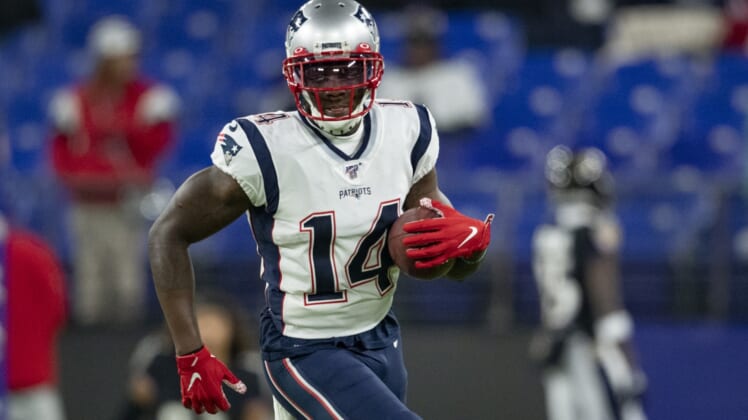 New England Patriots wide receiver Mohamed Sanu is working hard to stay in shape this offseason. One of his workouts was recently shared on social media that shows just how incredibly strong he is.

Check out this grueling uphill workout, shared by B/R Gridiron.

Sanu makes it look so easy, but my quads are burning just watching him chew that hillside up. That’s just incredible.

Originally a third-round pick out of Rutgers in 2012, Sanu has been a productive receiver in the NFL for nearly a decade. He spent four years with the Cincinnati Bengals before inking a free-agency deal with the Atlanta Falcons in 2016. In the middle of his fourth season with Atlanta, Sanu was traded to the New England Patriots.

Over the course of 118 games, the veteran receiver has caught 403 passes for 4,507 yards and 26 touchdowns. Famously, Sanu has even tossed a few touchdowns as a trick-play specialist (like this).

Clearly, the 30-year-old knows how to stay in shape and looks ready for yet another season in the NFL.