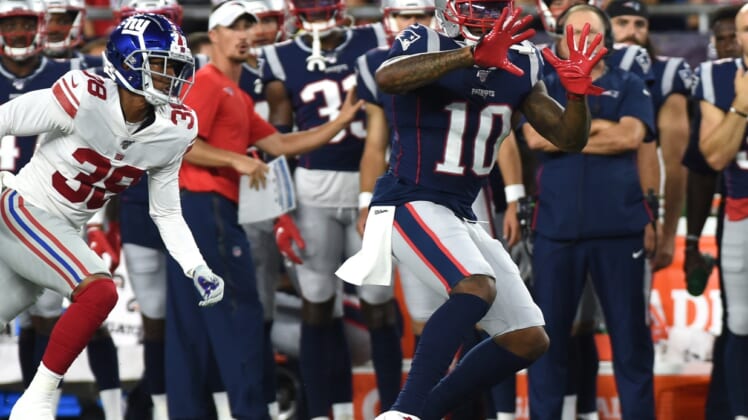 The often-injured receiver was a surprise start in the Patriots’ preseason finale against the New York Giants after being reinstated from suspension by the NFL.

He made an immediate impact with this 19-yard reception from Patriots rookie quarterback Jarrett Stidham.

Gordon might be playing against backups, but that’s one heck of a catch and run from the NFL’s former leading receiver.

The 28-year-old Gordon has played in a grand total of 17 games since the end of the 2014 season due to multiple suspensions stemming from substance abuse issues.

Let’s hope his head is on straight off the field. This would be a tremendous comeback story.