Patrick Sandoval pitched 8 1/3 no-hit innings and Shohei Ohtani had two doubles and scored a run to lead the Los Angeles Angels to a 2-1 victory over the Minnesota Twins on Saturday night in Minneapolis.

Sandoval, who entered the contest with a 3-13 career mark, kept the Twins off-balance with a changeup while registering a career-high 13 strikeouts. Brent Rooker lined a first-pitch slider down the right field line to break up the no-hitter in the ninth and then came around to score one out later when Josh Donaldson lined a double to left off reliever Raisel Iglesias.

Iglesias then struck out Miguel Sano for his 21st save. Sandoval (3-4) allowed just the one hit and a walk to Donaldson in the second inning over 8 2/3 innings. He also hit two batters.

It would have been the 12th no-hitter in franchise history and first since July 12, 2019 when Taylor Cole and Felix Pena combined to no-hit the Seattle Mariners, 13-0. The last solo no-hitter by an Angel was by Jered Weaver on May 2, 2012 against the Twins, 9-0, in Anaheim.

Sandoval, a 24-year-old left-hander from Mission Viejo (Calif.) High School, was an 11th-round pick of the Houston Astros in the 2015 Major League Baseball draft. The Angels acquired him in a trade for catcher Martin Maldonado on July 26, 2018.

Jose Berrios (7-5) took the loss, allowing just two unearned runs on three hits over seven innings, retiring 15 in a row over one stretch. He hit one batter and struck out four while failing for his seventh straight start to garner his eighth win of the season.

The Angels got off to a 2-0 lead in the first inning.

Ohtani started the rally by lining a one-out double into the gap in right-center. Justin Upton then followed with a hard grounder to shortstop Andrelton Simmons, scoring Ohtani. 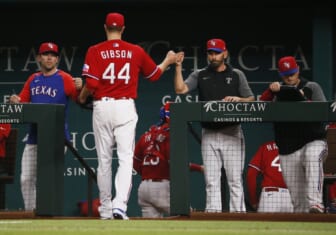 Upton then took third on a groundout by Jared Walsh and scored on a double down the left field line by Jose Iglesias.