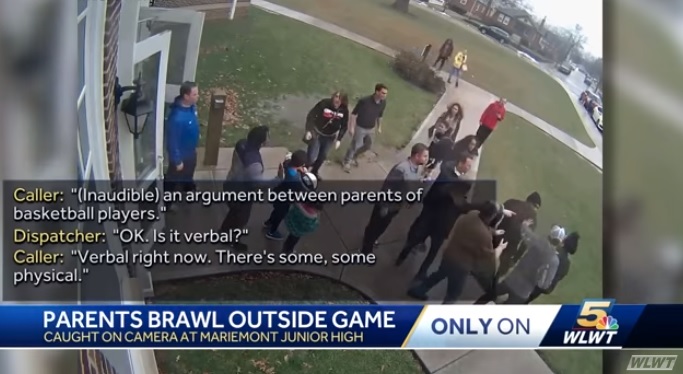 This is definitely a way for parents to set an example for their young children. A disturbing situation occurred in Ohio just recently following a youth league basketball game between two fourth-grade teams.