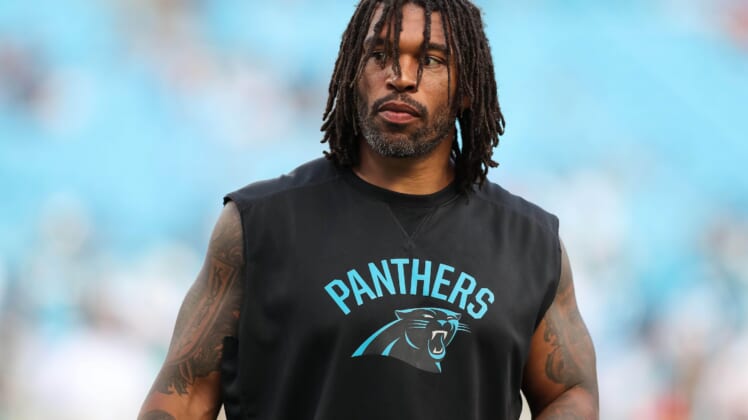 With Hurricane Michael currently battering the Florida coast, it looks like the United States is not done with a storm season that’s already caused a ton of damage.

After donating $100,000 in cold hard cash to help in the rebuild efforts, Carolina Panthers star Julius Peppers is now taking a hands-on approach in helping those most impacted by the devastating storm.

Here, we see the future Hall of Famer helping those impacted in Lumberton, NC.

“Seeing the reality of these people affected by the hurricane made me want to do something,” Peppers said. The Carolina native had previously created the Julius Peppers Hurricane Relief fund and gave an initial six-figure donation.

It’s stories like these that don’t seem to get recognition around the NFL players. Instead, the media-led focus has been on player protests and politics. But in a vacuum, stars like Peppers give back to the community in a big way.

This small gesture and act of kindness will go a long way in helping those impacted by natural disaster recover and return to normalcy as quickly as possible.

Kudos to you, Mr. Peppers.