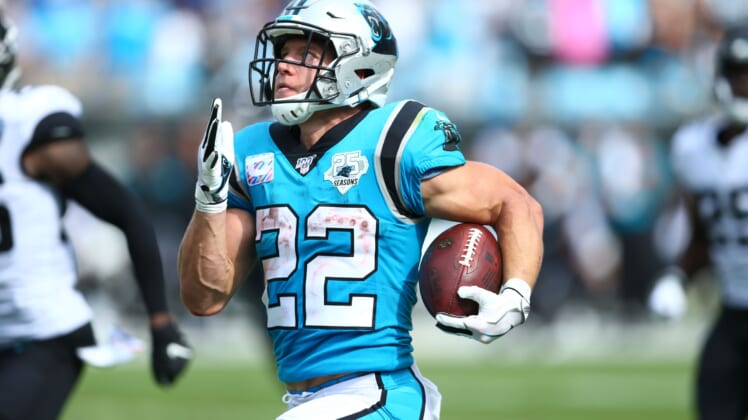 Carolina Panthers running back Christian McCaffrey is certainly in the NFL MVP conversation heading into the second half of the season.

The third-year back put up 1,078 total yards and 10 touchdowns through the first seven games of the season.

What did McCaffrey do for an encore performance against the Tennessee Titans on Sunday? We’re glad you asked. He’s scored three touchdowns in less than four quarters of action.

That included McCaffrey hitting that next level on a 58-yard touchdown in the fourth quarter to pretty much put the game away.

That’s the ridiculous game-breaking ability that has come to define McCaffrey’s young career.

Including this 58-yard run, the Stanford product gained 166 total yards on his first 27 touches in the game. That seems good.