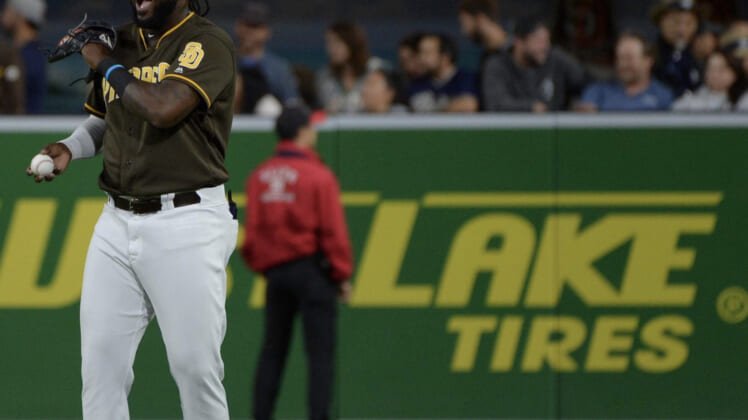 It takes some serious nerve to attempt to cover the most popular song of Whitney Houston’s amazing career.

Already known for the best rendition of the National Anthem in sports history, Houston’s “I Will Always Love You” was a true hit of the 1990s.

It was all sorts of spectacular.

We’re going to give the 23-year-old Reyes an A for effort. He actually did well in hitting the high note. Though, the slugger might not want to quit his day job in pursuit of duplicating Houston’s smashing success.

On the diamond, Reyes has been brilliant in his first full MLB season. He’s hitting .253 with 16 homers and 28 RBI and now has 32 homers in just 142 career games.