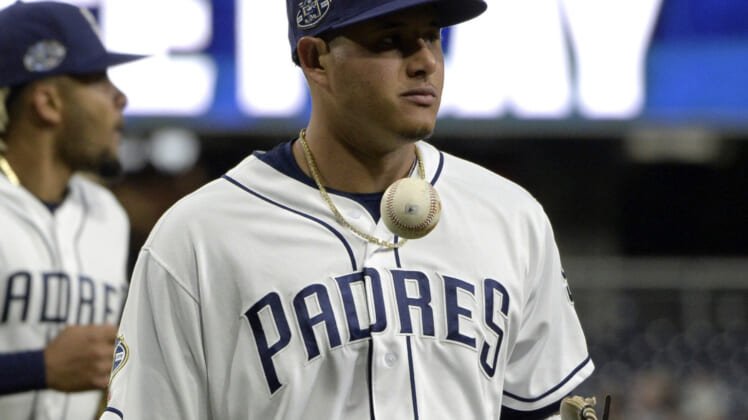 If the 2019 season is any indication, Machado could very well earn the same award playing shortstop in Southern California.

The first one saw Machado rob his counterpart with the Phillies, shortstop Jean Segura.

Look at the range and off-balance throw to get a speedy Segura. That’s just all sorts of amazing.

However, it was a play Machado made later in the game that had fans in San Diego abuzz.

J.T. Realmuto hit an absolute laser between second and third. Machado went all out and made one brilliant diving catch.

There’s a reason San Diego boasts the fourth-best team ERA in the National League. It has three Gold Glove winners in the infield.

Machado will likely add to his trophy case this season.